For all my current updates go to http://kipherriage.com

Don’t forget to following me on Twitter as well at https://twitter.com/kherriage

Because pattern/trend analysis is such an important investing concept for active (and passive) investors, it’s time that we address the politlcal elephant in the room…the possibility that the Donald Trump of the campaign trail may not be the same Donald Trump that we now have as President. The possibility that a pattern change is occuring…
Remember, $3 trillion in US stock market gains have occured since 11/8, with much of the credit going to our newly elected president. It’s not called the “Trump Rally” for nothing. Plus, as you’ve heard me cover many times, the first year of a new presidency is when all sorts of bad things tend to happen; the Civil War, both World Wars, Vietnam, plus 9/11…each of these started/took place in a new presidents first year. Add to these, 10 bear markets and 8 serious recessions…with each starting in year 1.
No, I am not off the Trump train. But I’m also not a blind follower, of anyone. And, hypocrisy may be my least favorite personality trait, period.

END_OF_DOCUMENT_TOKEN_TO_BE_REPLACED

All week long, the markets have rallied back off of opening losses…just as we expected…with solid moves higher off of 21 dma, 50dma and 100 dma. Nothing about this market says “sell”.

Remember, April is historically the strongest month for stocks, with a 1.9% average gain going back to 1950 (with thanks to my friends at the Stock Traders Almanac).

END_OF_DOCUMENT_TOKEN_TO_BE_REPLACED

I predicted that 2017 would be my best year ever. Looks like another of my predictions is coming true. But here’s what makes it that much sweeter…I so love destroying Wall Street’s shell game!

My “Stock of the Century”, following a most important news release, has just rocketed 285% higher…in just the last 30 days…but the move higher is only beginning. END_OF_DOCUMENT_TOKEN_TO_BE_REPLACED

Hi, it’s Kip again. I’ll keep this very brief…2017 will be my best year ever in beating the markets. If you’re serious about making more money with your investing than you’ve ever experienced, take 2 minutes and keep reading.

In just the last 2 months (from December 20th to today), my VRA Core Portfolio (which contains ALL of my recommended stocks) has a net gain of 570%, with an average gain per stock of 71%. All “time stamp” documented.
END_OF_DOCUMENT_TOKEN_TO_BE_REPLACED

While short term overbought, everything that I see is confirming that the 3 month highs we’re seeing right now in precious metals are only just the beginning. The planets appear to be aligned for us. In just the last 2 months the VRA has total gains of more than 370% in our VRA Core Portfolio mining stocks.

Bu today, I have to share some details from a phone call I had with a long time VRA Subscriber from New York. “John” is a senior bank officer with one of the largest banks in the country. I assured him that I wouldn’t include his real name (or the name of his bank), but everything else is as exactly as he told me.
END_OF_DOCUMENT_TOKEN_TO_BE_REPLACED

Please accept my just finished book as my free gift to you. “Becoming Wealthy in the Age of Trump” is the follow-up to my 2011 book and will show you exactly how the US and global economies will react to President Trump’s policy of “America First”. (Hint: it won’t be all smooth sailing).

Your copy is waiting for you at: vrainsider.com 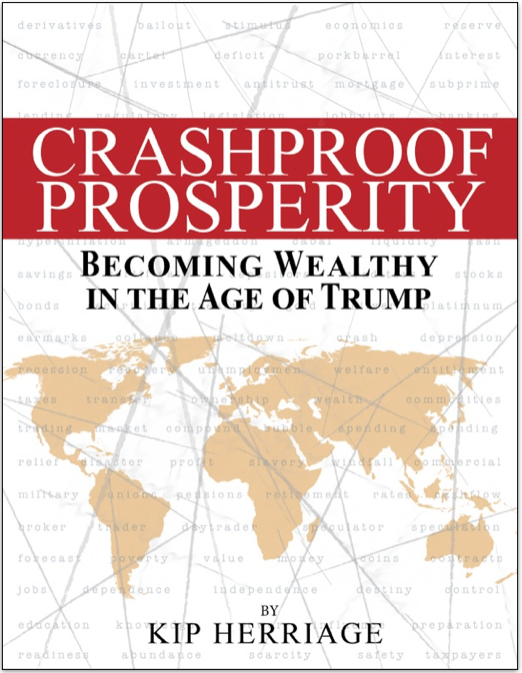 Hope everyone had a very Merry Christmas and that you have an even better New Year and 2017.

This past Friday I wrote the last word of my second book. Waves of relief! “CrashProof Prosperity 2.0, Becoming Wealthy in the Age of Trump” should be out of final edits this week.

Typically this is the slowest week in the stock market…but before we decide to phone it in for the next few trading sessions, let’s remember what happened at exactly this time last year.

END_OF_DOCUMENT_TOKEN_TO_BE_REPLACED

Good Wednesday morning all. Before we get the latest VRA System update, allow me to share some personal insights on where we are today in the intersection of politics and the investment markets. Some of what I will share here is “emotion” based…and we know exactly how terrible emotion based investing can be. For example, emotional investing was dead wrong about Brexit (after 2 days of heavy selling, the markets soared higher). Of course, emotional investing has been equally dead wrong about Trump winning, with an all out assault on 18 fresh market highs.

END_OF_DOCUMENT_TOKEN_TO_BE_REPLACED

The Exact Pattern That Made Us 837% is Here Again 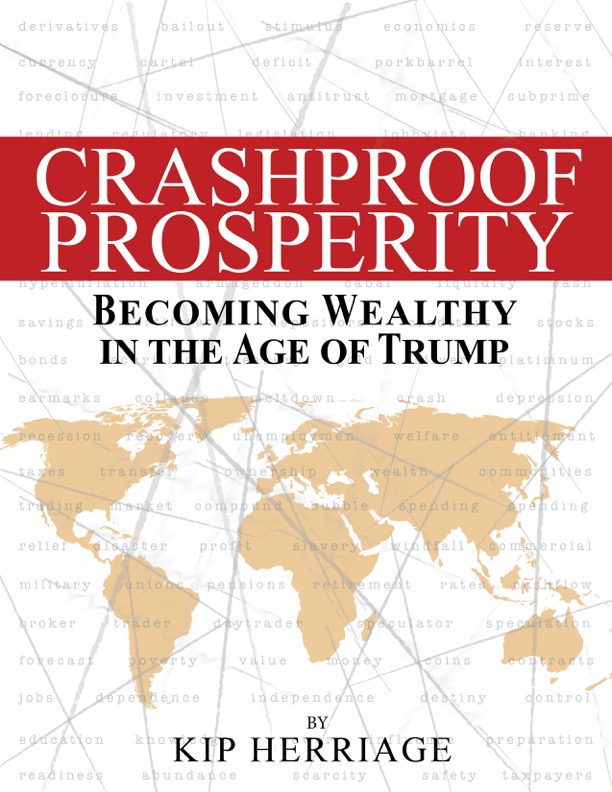 For A Limited Time You Can Get My New Book For FREE... Don't Be Left Behind. This Information Is Worth Thousands! Crushing Wall Street Since 2003